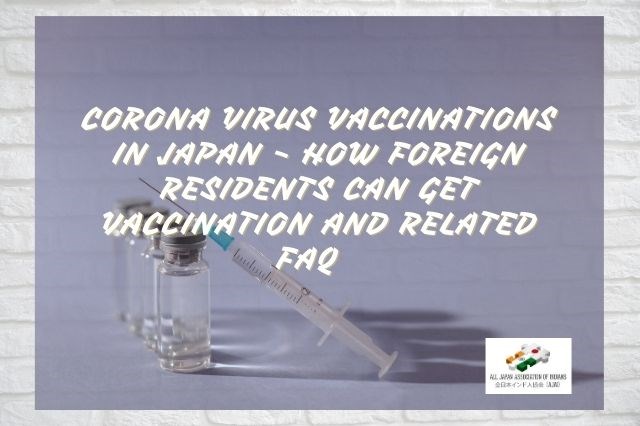 The first shipments of Pfizer’s vaccines arrived at Narita International Airport from Brussels on Friday, carrying vials for around 400,000 shots, according to Kyodo News. Japan has signed a contract to receive 144 million of Pfizer’s vaccines, enough to inoculate 72 million people, by the end of 2021. But when the next shipments will arrive remains unclear as each batch from Europe needs an export authorization from the European Union as nations race to vaccinate their citizens. The vaccines, which need to be kept at minus 75 degrees Celsius, also present significant logistical challenges. The government has secured tens of thousands of deep freezers to store the vials.

Prime Minister Yoshihide Suga said Friday the vaccine rollout will begin with front-line health care workers from the middle of this week. Up to 20,000 front-line medical staffers at state-run hospitals are set to be the first to receive the vaccines, followed by 3.7 million other health care workers. Vaccination tickets are set to be sent to about 36 million people age 65 and older by the end of March, with the inoculations slated to kick off from April, according to a government schedule. Expats and other foreign residents in Japan who are registered with a municipality of residence as well as diplomats will be eligible for vaccinations, Taro Kono, the minister in charge of the rollout, has said.

Other priority groups include 8.2 million people with chronic conditions, 2 million nursing care workers and 7.5 million people age 60 to 64. Next comes the vaccinations for the general public for ages 16 and above.

The government has signed contracts with Pfizer Inc., fellow U.S. pharmaceutical firm Moderna Inc. and British drugmaker AstraZeneca PLC for a total of 314 million doses, enough for 157 million people. Japan’s population is 126 million, including about 3 million foreign residents. AstraZeneca filed for fast-track approval of its vaccine with the health ministry on Feb. 5, while approval of the Moderna vaccine is unlikely before May.

Q: When are vaccinations taking place?

A: The first vaccinations are expected to begin during the week of Feb. 15, and will be given to medical workers. Other priority groups are expected to begin receiving shots no earlier than April 1. Subsequent priority groups are, in order, those born on April 1, 1957, or earlier who will be at least 65 years old by March 31, 2022, people with underlying diseases and professionals at care facilities for elderly people. Other people will be vaccinated after this.

Q: Will foreign residents receive vaccines at the same time as Japanese nationals, and will there be priority for people at risk?

Q. Will foreign residents aged 65 and older receive vaccine at the same time as Japanese nationals?

Q: Which foreign residents are eligible to receive the vaccine?

A: All foreign residents in Japan with registered certificates of residency, or "juminhyo" in Japanese, will be able to get vaccine vouchers. A health ministry official told that all individuals clearly living in Japan will be eligible for the vaccine.

Q: What about foreign residents who are being deported, or who are unemployed and have a limited time left in Japan?

A: The government is still reviewing how it will respond to individuals in these situations.

Q: Is there a charge for getting the vaccine?

A: No, the full cost of vaccinations is covered by public funds, meaning you can be vaccinated for free.

Q: How many shots will people receive?

A: Each person is expected to receive two shots under the Japanese government's current procurement plan.

Q: How will I be notified about getting vaccinated, and where will I get the shot?

A: Before the vaccination period, residents will be sent vaccination vouchers from their municipal government. Generally, the vouchers will be delivered to the registered residence on their residence certificate. After checking when they are eligible to have the shot, residents will be able to find a medical institution or vaccination site where they can be inoculated using a website the health ministry intends to set up. They should then make a reservation over the phone or online.

Health care professionals who have already received the vaccine will also be sent vouchers by municipalities, but should not use them. Medical professionals will be informed about vaccinations through their place of work.

Q. Where will it be possible to get vaccinated?

In principle, eligible people need to get the shots in the city where they have registered their address. But company workers or students living away from home or people hospitalized outside their municipality can ask their current city or town to get the shots there if it is difficult to return to their home.

Q: What languages will be used for the vouchers and the vaccination site search system?

A: No provisions for languages other than Japanese have been confirmed, but residents should check the website of their local municipal government for information specific to where they live. Municipal governments may offer additional details in other languages, or multilingual consultation services, among other provisions.

Q: There are reports that the vaccinations will involve the "My Number" individual social security and tax number system. Do I need to present a My Number card to be vaccinated?

A: No, the health ministry has said it does not plan to ask individuals to produce their My Number cards. Instead, people will be expected to bring their vaccine vouchers to receive the shots, along with personal identification such as a driver's license.

Q. Who should and should not get the vaccines?

Anyone under age 16 is excluded from the vaccination program. The government does not recommend giving shots to people who have a history of allergic reactions to vaccinations, as they are considered to be at a higher risk of having adverse reactions.

The World Health Organization recommends that pregnant women avoid taking the shot due to a lack of sufficient data in clinical trials, while Japan has not set a clear guideline for pregnant women so far.

The Japan Society of Obstetrics and Gynecology has asked for pregnant women not to be removed from the vaccination drive outright, instead recommending that they avoid the jabs during the first trimester.

Q. Two shots are required for the vaccines developed by Pfizer, Moderna and AstraZeneca at a few weeks’ interval. How will the government track the progress of the vaccination drive and make sure the shots are given at correct intervals?

The government has been working hard to install a new uniform database of coronavirus vaccinations that has real-time data on the details of the shots people receive, based on the QR code on the vaccination coupon issued to every resident in Japan, including foreign nationals. The system will, for example, help send alerts to people who do not show up to get a second dose, local reports have said.

Q: Do I have to get vaccinated?