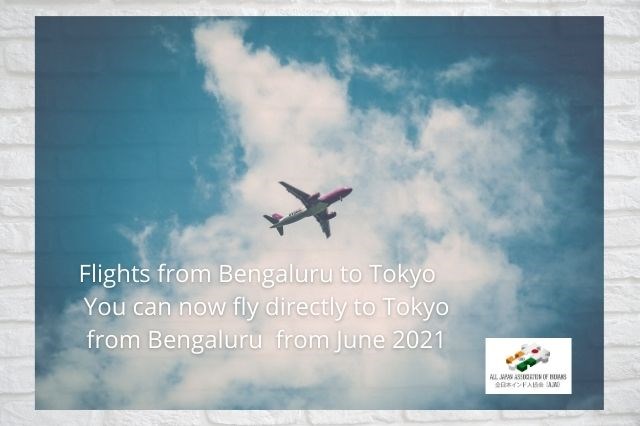 Bengaluru will be connected to a new international destination — Tokyo. While flight services by Japan Airlines were to commence between the two cities last year, the plan had to be shelved even before its launch due to the outbreak of covid.

Since then, repatriation flights have been operated to enable stranded Japanese citizens from India and vice versa.

About half a dozen flights have also been operated on this route last month and in April under the Air Bubbles agreement between India and Japan.

However, from June 1, one flight a week will operate from both Tokyo (Narita) and Bengaluru. These flights will be operated under the Air Bubbles agreement. “Japan Airlines will operate extra section flights (non-scheduled flights, scheduled only for a specific time period) once per week between Japan-Bengaluru through September 30, 2021,”

The launch of this new non-stop flight service between Bengaluru and Tokyo (Narita) was meant to boost air connectivity to not just Japan but also between the two Silicon Valleys (Bengaluru and San Francisco). “With daily flights from Bengaluru to the US West Coast and Canada via Tokyo, here’s a route tailor-made for techies. We’re programmed to function best at 35,000 feet,” states the airline website on the Bengaluru-Tokyo route.