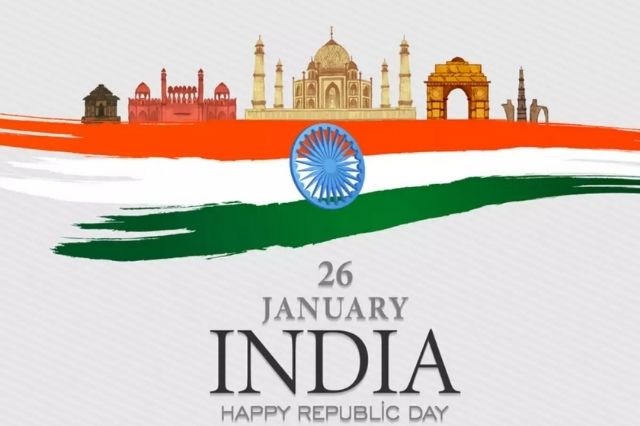 By AJAI Admin News 0 Comments Add to Favorite
Republic Day is celebrated on January 26 every year to remember the day when the Constitution of India came into effect. India was ruled by the British for over 200 years. India gained independence from the rule of the British Raj after a very long freedom struggle. Though India got its independence on August 14th, 1947, the constitution came into effect on January 26th, 1950. This year India will be celebrating its 72nd Republic Day.
Some facts about the Republic day
1. The Constituent Assembly met for the first time in New Delhi on December 9, 1946, in the Constitution Hall which is now the Central Hall of Parliament House.
2. A drafting committee was appointed for drafting the Constitution of India, with Dr B. R. Ambedkar as the chairman.
3. The Constituent Assembly took almost three years (two years, eleven months and seventeen days to be precise) to complete its historic task of drafting the Constitution for Independent India.
4. The Constitution was adopted by the Indian Constituent Assembly on 26 November 1949. It came into effect on January 26, 1950.
5. The draft of the constitution was submitted to the Indian Constituent Assembly on November 4, 1947. Over the course of 166 days, that was spread over two years, the 308 members of the Assembly met in sessions which were open to the public and made few updates.
6. Finally, on January 24, 1950, the Assembly members signed two handwritten copies of the Constitution, one in English and one in Hindi. Two days later on January 26th, 1950, the history was made.
7. Indian Constitution is the lengthiest written constitution in the world. On the same day, Dr Rajendra Prasad's became the first President of the Indian Union.
8. The Constituent Assembly ceased to exist and became the Parliament of India under the transitional provisions of the new Constitution.
9. On January 26, 1929, the Indian National Congress made the famous Declaration of Indian Independence (PurNa Swaraj) as opposed to British rule.
10. January 26 is celebrated to commemorate the Indian Constitution replacing the Government of India Act (1935) as the governing document of India.
Republic Day celebration
On January 26th, Republic Day is celebrated all over India with a lot of enthusiasm. The President of India delivers speech to the whole nation. In Delhi, magnificent parades are organized by regiments of the Indian Army, Navy, Air Force, police, and paramilitary forces at Rajpath. All the states of India showcase their culture, uniqueness by building beautiful tableaus during the parade. There are air shows by Air Force, and much more to commemorate this day. The day is also celebrated in all the Indian missions overseas.
Reference: India Today, English Jagran