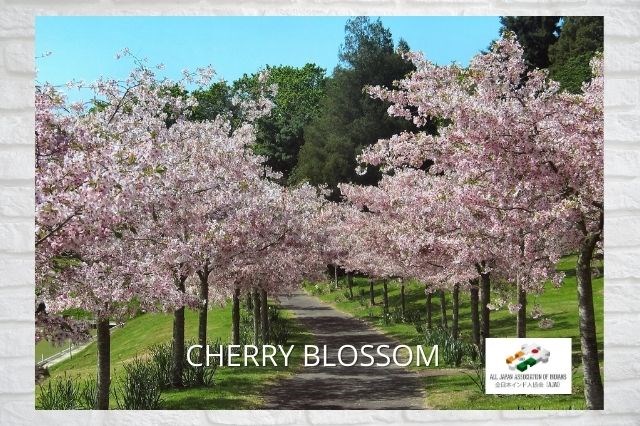 On March 18, 2021, The Japan Meteorological Corporation JMC released its 8th forecast of the dates when cherry blossoms will start to flower (kaika) and reach full bloom (mankai). JMC has estimated the flowering and full bloom dates for Somei Yoshino (Yoshino Cherry) trees in approximately 1,000 cherry blossom viewing locations in cities from Hokkaido to Kagoshima. JMC will provide timely updates.(next update: 3/25) 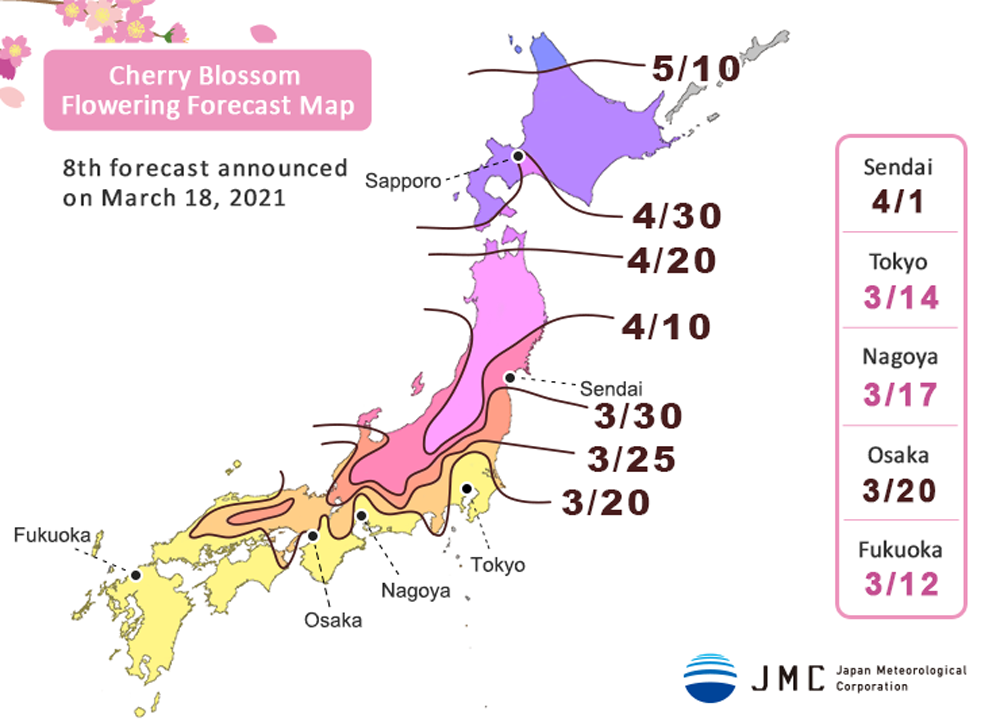 The cherry tree is a deciduous tree in the rose family, which has spread out in the temperate zone of the northern hemisphere, in places such as East Asia, Europe, and the North American continent. Pink and white flowers bloom in spring, and they are mostly planted for decoration purposes.

Cherry blossoms have been regarded as a symbol of spring since the Heian era (794 - 1185), and this has been woven into the cultural consciousness of Japan. They bloom in April, which is considered to be the beginning of a new year in Japan in regards to business and academics. Cherry blossoms are also a symbol of a new start, such as graduation, entering a new school or starting new employment. They are truly special flowers for Japan.

In the language of flowers, cherry blossoms are said to represent innocence and the spirit of beauty, as they bloom quickly, live for a short time, then quickly fall away. This transience is part of their appeal. Furthermore, the graciousness that this life cycle represents is also seen as being symbolic of the bushido or warrior spirit in Japan.

Currently, there are more than 600 types of sakura in Japan, but the Somei-Yoshino, which spread after the Meiji Period (1868 - 1912), is the most abundant. It's actually quite fun to travel around Japan and check out the differences between the various types of cherry blossoms.