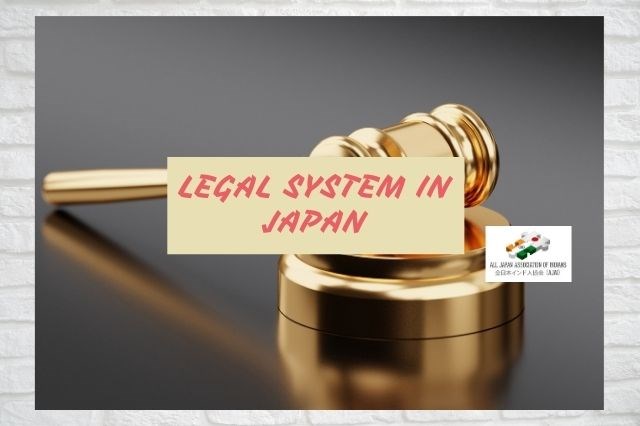 The whole legal system process is very cumbersome. So, first important thing is to live a life within the boundaries of the legal system. However, not all things in our life are in our control. You may crash your car even being a good driver, you may hit someone with your bicycle and the opposite party might sue you, you could be wrongly charged for a molestation in a train, you could have a small matter in the family and it could turn out into a court affair. Hence, it is better to know some basics of the court system and the hardness behind it.

Moreover, it is very important to take community help when you something click and try to solve the matters in the initial levels, be it a issue between a husband and a wife, or a issue with the neighbor and so on. I have not trusted the lawyers so much. Ultimately, they have to take care of their living as well. So, before going to a lawyer, try to sort out the things with the concerned, if required, with the help of a community intermediary.

The legal system in Japan includes the constitution, the supreme court, higher and lower courts, justices, judges, court officials, public prosecutors, attorneys, the judicial process and the citizen participation in the judicial process. The judicial procedures are carried out separately for the civil, criminal and family matters.

The legal system is supported by the police do not indulge in the civil matters. It comes into action in the criminal matters and family matters like domestic violence or child abuse etc. which could involve a criminal component. So, unless there is a crime or a potential of the crime, police will usually not move. Police, when takes somebody in custody, has to report the case to the Public Prosecutor Office with-in 3 days to continue the police custody.

When you are taken into custody by the police you have full right to keep mum. You won’t be tortured as such. You will be served food and clothing. You also have a right to ask for a free Public Defender (kokusen bengonin). Rather you will be provided with one by-default with 24 to 48 hours. The Public Defender will bring a free official translator in case you cannot speak Japanese language. State your facts correctly so that things are not used against you. I have seen Public Defenders not to be so professional and strong. You have to give the contact details of your family and/or friends to the Public Defender and ask the Public Defender to contact them. Your phone will be taken away by the Police. Hence, you will have to keep note of at-least one phone number or address on which Public Defender can reach your family/friends. Police is not allowed to divulge any information to people other than your family. And they respond only to inquiries in Japanese language.

You can file a case by yourself or with the help of a lawyer. Lawyers are usually specialized in their own fields like civil cases, criminal cases and family cases and then the international cases. Lawyers are expensive. For a simple civil case their initial payment would start from 150,000 Japanese yens, for a criminal case from 300,000 to 400,000 yen and for a family case around 700,000 yen and then a percentage on the settlement.

Free legal consultations (hou-terasu) are available in every city, usually one day a week. You have to take prior appointment. However, these are just cosmetic consultations without much depth. You may just expect to get a generic direction and nothing specific to your case. The lawyers here then try to make a case for themselves to earn. Free legal consultations are also available in the Lawyers Hall (Bengoshi Kaikan) etc. However, here also the case is same. If you find a private lawyer and consult, you may need to pay 5,000 to 10,000 Japanese yens a hour as the consultation fees.

Filing a case by yourself is not expensive. You can do it for a few thousand yens. You have to write the petition as per the format/s given on the court website and submit five copies to the court. The fee calculator is available on the internet. You have to buy those many revenue stamps (shunu-inshi) and postal stamps (kitte) and include in your petition envelop. Submission can be in-person or through post. In case of postal submission, it is better that you first call the court and get some guidance.

The petition can be supported with separate documents for evidences, witnesses and oaths. Putting everything on paper helps. However, make your points crisp and clear as the judges do not wish to waste their time. Once you submit the first petition, the court decides a date and sends summons to both the party. The parties are allowed to skip one date however not recommended. Later dates will be decided in consultation with the parties.

Usually, courts are peaceful. There is no shouting or disrespecting of each other. If you have to say something, you may request to the judge and upon his/her signal go ahead. You are allowed to speak only in Japanese. If you do not speak Japanese, official interpreters are available. You have to apply for the interpreter, who are officially registered in the system. Based on your financial states, these interpreters could be free or paid (8000 yen a hour). I was allowed to interpret in couple of cases when we told to the judge that the party involved was not capable to pay for the lawyer and that I was in the best awareness of the facts of the case.

Lawyers will always try to tell you that Judge is a god and you have to strictly obey to them to avoid repercussions. However, I personally do not take it. Judge is there to take a decision on the basis of facts. Hence, if there is any fact that the judge must know, you must speak. Yes, you may be needed to speak at the right time.

Judge could be singular or a panel of judges. For small value, simple cases, usually it’s a singular judge supported by negotiators as required. The panel of judges may include civilian participants who are selected randomly.

Consumers affairs centers (shouhisha Soudan senta-), that is governed by the Consumer Affairs Bureau (shouhisha-cho), are available in every city. In case you have a product or service-related issue, you may reach out to these centers on telephone. The centers then listen to both the sides, check the legal rightness and if needed, have powers to talk to the service providers to reconsider their service or replace the products. Consumer affairs centers do not need heavy documentation or petition submission. These are easy to access. However, they could be lethargic in taking the case and you might need to give them a push. These centers entertain individual cases only. Corporate cases must go the court.

More information can be found at following link.
www.courts.go.jp/english/judicial_sys/index.html

All the best
For All Japan Association of Indians (AJAI)

Disclaimer: The information mentioned here could be outdated. Please consider this article as a guidance and do refer to the latest information available on the internet etc.