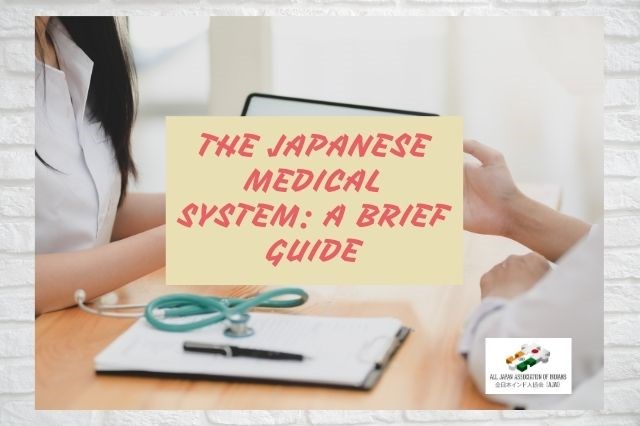 If you are residing in Japan for longer than three months, it is mandatory to be enrolled in the Japanese health insurance system even if you have travel insurance or are covered by your insurance back home. If you are a full-time employee you will most likely be enrolled in your company’s shakai hoken (社会保険), in which your health insurance, as well as your pension, gets directly deducted from your pay. If you are self-employed or are not working, you must enroll yourself in Japan’s National Health Insurance — kokumin kenko hoken (国民健康保険) — which you can apply for at your local city hall. Your premium will depend on your income for the previous year.

If you are insured under either system, when you go to the doctor you will have to pay usually only 30% of the bill (the government covers the remaining 70% using your taxes). Make sure to bring the wallet size health insurance card you are issued to your appointment – I always carry mine with me everywhere I go in case of emergencies. Some conditions, such as mental healthcare, contraception and many voluntary check-ups (if you’re lacking any pain or symptoms), are not covered by national health insurance, so do your research beforehand to prepare for the bill.

In English, we use the words ‘serious’ and ‘minor’ to describe the severity of an illness. In Japanese, omoi byoki (重い病気), ‘heavy illness,’ describes conditions such as heart disease or cancer whereas karui shojo or karui byoki (軽い症状, 軽い病気), ‘light illness,’ is used in less serious conditions, including when headaches or colds. Here is a list of the Japanese words for common ‘light’ illnesses.

In case of emergencies

In a medical emergency, the number for ambulances in Tokyo is 119. Ambulances are free in Japan and are managed by the fire department so make sure to be clear you are asking for an ambulance (kyuukyuusha, 救急車) instead of reporting a fire (kaji, 火事). Be prepared to state your address or describe where you are. English speaking telephone operatives are sometimes available, if not, Tokyo Fire Department has published a guide on what to say.